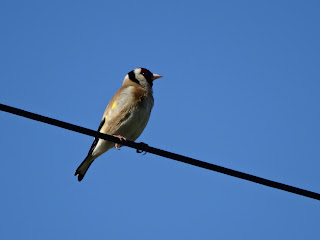 Happy July! I am settled in my new job and greatly enjoying life in Manchester. I have been taking part in a number of creative events, from meeting the recent US Poet Laureate Tracy K. Smith, to being a member of the newly-formed International Foundation of Us, and having my jumper and scarf become archive items.

In May I took part in my second film-making weekend in Sheffield with the Writing Squad, and this time I had a starring role! I hope you enjoy Five New Messages and my acting debut as Catherine, the hotel cleaner. 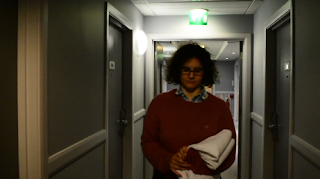 I reviewed The Space Between by Meg Grehan for North West Libraries' Time to Read blog - I hope you enjoy reading about one of my favourite books.

I received a free ticket to see Siri Hustvedt at Manchester Literature Festival, as a member of the Festival's YA Steering Group. On a gorgeous spring evening, I headed to Deansgate Waterstones to hear Siri read from her new book, Memories of the Future, and then discuss it with Katie Popperwell. Siri is clearly incredibly intelligent, with her own way of seeing the world and fascinating ideas about time and memory. It was a thought-provoking event.

I then attended the launch of Manchester Metropolitan University's journal aAh!, at which my friend Laura Potts performed her poetry. It was lovely to hear her, and we enjoyed a meal out afterwards. 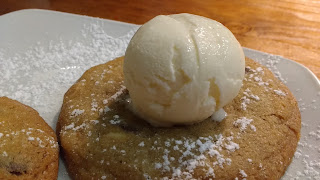 The next day was the Northern Publishers' Fair at Manchester Central Library. I learnt about so many presses and publications, and met some cool people. I had a nice chat with Jo Clement, Editor of Butcher's Dog Magazine, and bought Issue 11, which I read in one sitting and really enjoyed.

I took part in two spoken-word nights in three days, with Verbose on Monday and Bad Language on Wednesday. It was intense, but fulfilling and fun. May's Verbose had the theme of Zodiac, and I shared my poem "Dogteeth", among others. My set at Bad Language included "Blood ghazal" and "Arrival". At both events I chatted to some new people and had a good time. I also discovered Levenshulme and its colourful bee! 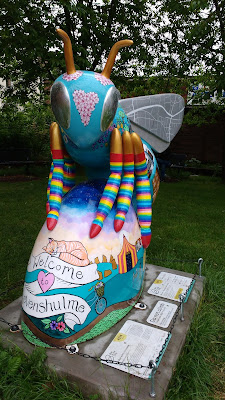 Again through the Manchester Literature Festival Steering Group, I was offered the chance to see Tracy K. Smith in conversation with Jackie Kay at the Central Library. It was an incredibly rainy June night, but for a couple of hours my world was lit up by incredible poetry and a great chat between two amazing women. I met both afterwards and got my books signed. They were so sweet and really uplifted me.

I attended a Writing Squad workshop at the International Anthony Burgess Foundation, at which we decided to start the International Foundation of Us. We reviewed books we love - guess which is mine! - catalogued our possessions and made podcasts in which we discussed our creative inspirations and work. We also ate a lot of chocolate and grapes. It was a gentle and memorable day.

The poem I wrote during the Writing Squad Lunch Poems workshop in Leeds earlier this year is also now online - I hope you enjoy "Sweet". 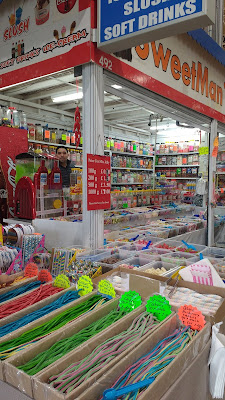 So, that was my spring, writing-wise. I'm hoping to keep the energy going for a positive, creative summer. I already have some new and exciting things lined up, from mentoring to festivals to radio to poetic film, so watch this space!