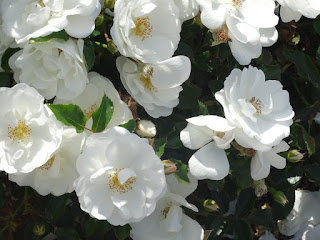 March and April were slightly surreal months this year, starting very cold and ending very warm. In Manchester we seemed to switch overnight from snow and ice to sun and blossoms.

I worked hard towards my degree and celebrated my twenty-fourth birthday and Earth Day. I tried new baking and film clubs, enjoyed the LGBT Foundation's Sugar and Spice Festival, and I feel I grew a lot. I also saw some writing milestones and achievements.

I performed at Verbose, a monthly spoken word night in Manchester, and read some of my poems at the Women on Top event at the LGBT Foundation. My poem "Soap" was featured in Open Mind Manchester's Mind Full of Art exhibition and anthology.

I won Second Prize in Manchester Global Health Society's 2018 Global Health Poetry Competition, and read my poem, "Perpignan sestina", at the awards ceremony. My article "What I learnt from starting a literary journal" was nominated for the Mancunion's Article of the Year.

I took part in my second residential at Highgreen Arts in Northumberland, part of my prize for being chosen as a New North Poet at the 2017 Northern Writers' Awards. I was mentored by Clare Pollard and did a workshop with Antony Dunn, and overall, it was a lovely weekend.

I reviewed Niall Horan at the 02 Apollo for The Mancunion and Peter Bognanni's novel Things I'm Seeing Without You for Cuckoo Review. I continue to curate Word Life: March's issue had the theme of "Hope" and April's the theme of "Travel", with the latter featuring my poem "In Cambridge".

My flash piece "Maybe/Things to work on" was published in Visual Verse, and I had a poem accepted by the beautiful hand-stitched journal Coast to Coast to Coast. I reached 100,000 page views on my travel blog, Neither here nor there.

With summer on its way, hopefully there are even more exciting times to come.