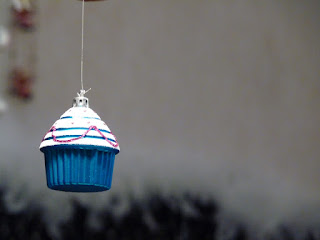 I am back from my year in France and Spain and am getting stuck into my Masters. It is lovely being back in Manchester - I can review local gigs for The Mancunion and be a Digital Reporter for Manchester Literature Festival. I have also been involved in some creative projects around the city and with The Writing Squad.

Firstly, I want to tell you about some publications I have been a part of. Two of my poems, "Bartók's Dance Suite and sour" and "Green Flash", were published in The Compass, and my poem "Serpentine" appeared in Planet Slop. My flash piece "Stuff and sales" was published in both Visual Verse and Creative Review.

My poem "Anatomy" appeared in Papaya Press's What She Knew zine, and my "Things that are inexplicably similar" was chosen for the 2017 Peeking Cat Poetry Anthology. Three of my poems, "Old rain", "Eden" and "Going", were published in Introduction X: The Poetry Business Book of New Poets.

It has also been good to see some projects I have edited for coming to fruition, such as The Rebirth Issue of Miracle Magazine, for which I was Head Poetry Editor. September's Word Life had the theme of "Family"; October's, the theme of "Memories".

We celebrated one year of Foxglove Journal, my online venue for poetry and fiction. I am very proud of all that the Journal has achieved. I also did an interview with Peeking Cat Poetry, and have a snazzy new profile on The Writing Squad's site. I hope you enjoy learning more about my writing.

I reviewed several books for Cuckoo Review: Tender Earth by Sita Brahmachari, Songs About Us by Chris Russell and The Secret Cooking Club: Confetti & Cake by Laurel Remington. I also wrote a piece on Indigo Girls' 1994 album Swamp Ophelia for The Mancunion.

I reviewed Honey G and Gabrielle Aplin for The Mancunion, and Roddy Doyle for Manchester Literature Festival's Chapter and Verse Blog.

Finally, I took part in a writing residency in Northumberland, as part of my prize for being announced as a New North Poet in the Northern Writers' Awards. It was a great weekend and the countryside was truly beautiful. I enjoyed getting to know the other four winning poets.

So, I had a productive two months. Here's to a fun, creative winter.