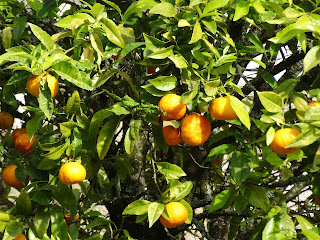 March and April were, like January and February, very busy months for me as I have still been on my study placement in Galicia, Spain.

There has been so much to do, what with Uni, studying, trips and getting to know the city of Vigo, which I have come to love deeply. In March I turned twenty-three and celebrated with the rainiest trip imaginable to Santiago de Compostela. It was certainly a day to remember!

However, I also found time to write, edit, review and collaborate, and saw some projects come to fruition. Here are my highlights.

Firstly, I had poetry published in a number of places: "Sheepgoat" at The Poetry Shed, "New skies" in Indie Soleil Magazine, "Her" in L'Éphémère Review and "Milestones" in Eunoia Review.

I also had poems accepted by Cake Magazine, Antiphon, Atrium and Picaroon Poetry's Troubadour anthology. I'll let you know when they are published - watch this space!

I completed my first assignment as a critic for Structo, reviewing Seven Sins by Karen Runge. I also wrote features for Cuckoo Review on the music from my summer in Salamanca and my top 5 French-language musicians. I hope you enjoy them.

One of the most exciting things was the release in March of Issue 40 of Now Then Manchester, the first issue for which I was editor of the Word Life section. My own poem "Rooster" featured, and it was great to be able to showcase two more poems, by Lydia Allison and Roma Havers. I also did a round-up of the month's spoken word events in Manchester.

Issue 41 of Now Then Manchester came out in April and this time I picked five poems for Word Life, based around the themes of change and healing. Curating work and seeing the finished page is amazing. I look forward to working on future issues and trying different themes - May's issue is based around the sea and will be out soon.

So, March and April were good months for my writing. I'm looking forward to enjoying the remainder of my time here in Spain and then throwing myself back into the Manchester literary scene. It should be a great summer!